Youghal Pipe Band today competed for the very first time at the World Pipe Band Championships, Glasgow, Scotland 16th August 2014 . The band played an excellent performance but unfortunately lost a place in “The World’s” final by only one point!

When we received the overall results at the end of the day we were more that happy to find out that the Youghal Pipe Band drum corp came 2nd overall for their performance, well done the drum corp!!!

It’s been a great experience for all the band and the initial feeling is to return next year. 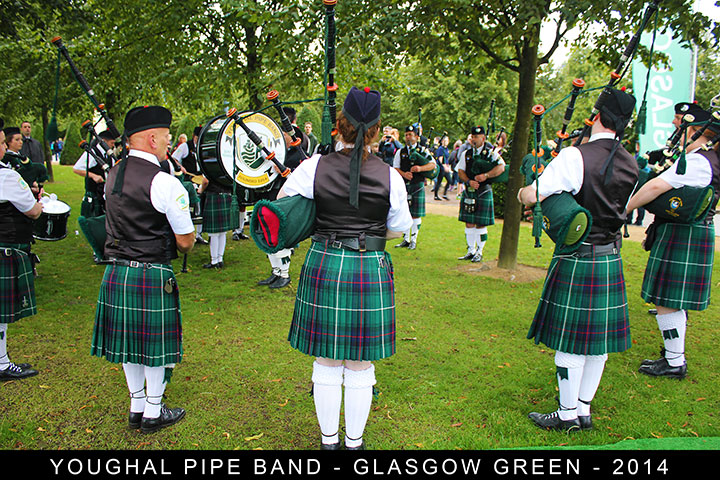